We've often been asked about differences that people see in traffic counts when comparing data from Google Analytics with data from Slickstream over the same period. Why are they not identical? 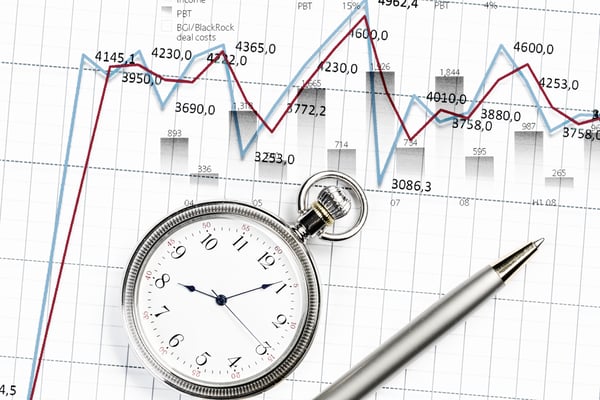 First of all, remember that Slickstream has a direct connection established between every browser accessing your site and our cloud. So we don't depend in any way on Google Analytics to figure out how many pageviews are happening on your site. Our servers count these themselves.

If things were simpler, then Google Analytics pageview counts and Slickstream pageview counts for the same period would be the same. But, unfortunately, the world is more complicated than that. Here are some reasons why the numbers might not line up exactly.

The first problem is simply understanding which numbers to compare. In your Slickstream portal on the site's Info page, you'll see two important numbers in the Traffic section: Pageviews and Sessions. Let's focus on that Pageviews number. This is the number of times that a browser has fetched one of your site's pages and executed the Slickstream script that is on it.

In Google Analytics, people occasionally get confused because they report several statistics in a grid, and it is easy to confuse Pageviews with Users, New Users, and Sessions. Make sure that you're comparing Pageviews.

Also, make sure that you are comparing the same timeframes. In Slickstream, we focus mainly on the past 30 days (ending last night at midnight Pacific time). In Google Analytics, you can choose any timeframe you want. So be sure to select the matching time period exactly.

And note that while Slickstream always uses midnight Pacific time as the day boundaries, Google Analytics may use a different day boundary depending on what you have configured.

Of particular note is a checkbox in the Google Admin settings, where you can ask Google to "exclude bots and spiders". Depending on the number of pages on your site, crawlers from around the world may be loading your pages. If this box is checked, then Google is removing them from your Pageview totals. But, again, Slickstream counts every pageview, including bots -- at least those that run the script on your pages. If your site has a high traffic volume, then the amount of traffic from crawlers will typically be a tiny fraction. But if you have a lower volume site, and especially if you have a lot of pages, the amount of crawler traffic can create a noticeable difference between Google Analytics and Slickstream counts.

Many ad blockers will block the browser from reporting to Google Analytics. Some browsers also have an option to "opt out" of certain types of reporting -- so that even if they are consuming your ads, they do not want to be tracked -- including via Google Analytics.

By contrast, Slickstream is really part of your site. So it doesn't really make sense for consumers to opt out of Slickstream. Ad Blockers do not block us. So we see pageviews that are not reported to Google Analytics. This, again, contributes to a count mismatch.

You may recall that we recently enhanced our embed code to speed up Slickstream on your site. With our new inline embed code, we run very early in the lifecycle of the pageview. Often, Google Analytics code is also very early in the lifecycle -- but not necessarily. If you have a very slow network and/or a slow device, it is possible that Google Analytics doesn't get a chance to report the pageview before the viewer leaves, while Slickstream has already had a chance to report back to our servers about the pageview.

This problem can be aggravated if you are using a caching plugin that incorporates Google Analytics into a combined script that runs later during the page load.

Multiple Google Analytics on the Page

We've seen several times recently where sites are using third-party services that add an additional instance of Google Analytics reporting. Theoretically, it is legal to have two instances of GA running on a site, reporting two different site codes. But there are several ways in which this can go wrong. And we've seen significant undercounts into one or the other of the Google Analytics instances -- as much as 40%.

If you are seeing a large difference in counts, and you might be using more than one instance of Google Analytics (typically via a third-party service you've added to your site), you should check to see that the pageview counts on these multiple GA instances are consistent with each other. Often they are not.

It's fair to say that every time we really dig in to understand inconsistencies in the counts, we find something new. So we're still learning. And if you think there may be something wrong with counts for your site, please let us know. We'll look into it with you.

How Do Slickstream Favorites Work?

At Slickstream, we strive to engage your site's visitors. We want them to love their experience. If they do, they'll stay longer, return more often, and maybe even tell...

This article describes Slickstream's integration with Mediavine’s Identity API that allows publishers who use the Mediavine ad network to directly benefit from first...